Dieter Hahn is the owner of Philipp Hahn Sons (Ph. Hahn Söhne), Germany’s oldest diamond manufacturing company. He continues to work in the firm alongside his wife, daughter and son-in-law.

Mr. Hahn has served in public roles for more than 55 years. In 1963, he was appointed the German industry’s delegate to the International Diamond Manufacturers Association (IDMA), serving as IDMA’s Treasurer from 1978 to 1988. In 1988, following 25 years of service, he received the title of “Honorary Member of IDMA”.

Mr. Hahn was elected to the board of directors of the Diamant-und Edelsteinbörse Idar-Oberstein in 1973. He was elected vice president in 1982 and served as president from 1988 to 2003.

From 1991 till 2016 he served as Treasurer-General of the WFDB and concurrently held a seat on its Executive Committee. He was declared “Honorary Life Treasurer General” in 2012, and chosen as  “Diamantaire of the Year” in 2015.

Mr. Hahn was among the visionaries and founders of the International Diamond Council (IDC) and has been an IDC officer since the organization’s inception in 1975.

On a national level, from 1978 to 2002, Mr. Hahn served on the board of the German Federal Association of the Gemstone and Diamond Industry and a member of its Executive Committee.

From 1989 to 1995, he served as chairman of the Intergem Trade Fair’s supervisory board in Idar-Oberstein, and continues to serve as its deputy chairman. He is the long-time chairman of the Trade Advisory Board of the Inhorgenta Trade Fair in Munich.

During his career, Mr. Hahn received multiple national honors and medals of distinction, among them the Officer’s Cross of Merit of the Federal Republic of Germany; the Cross of Merit of the State of Rhineland-Palatinate;  the Gold Medal of Honor of the County of Birkenfeld, the county seat for Idar-Oberstein and the Gold Medal of his hometown Idar-Oberstein. 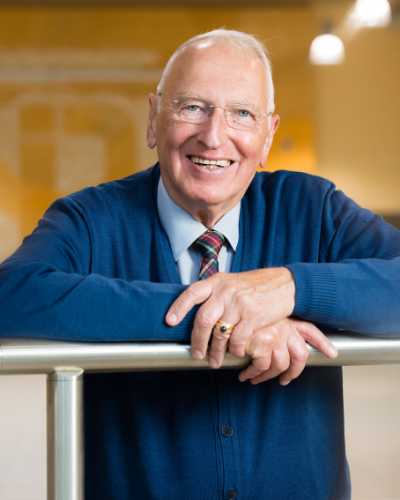