The Israeli diamond industry had its beginnings in the 1930’s when the first diamond polishing plant was established in Israel by immigrants from Holland and Belgium. In the 1940’s the Israel Diamond Exchange and other industry organizations, such as the Israel Diamond Manufacturers Association, were formed.

In 1956 Israel was chosen as the venue for the International Congress of the World Federation of Diamond Bourses (WFDB).

In 1968 the permanent and official seat of the Israel Diamond Exchange was inaugurated in Ramat Gan (Shimshon building), offering about 15,000 square meters of office and commercial space.

The Israel Diamond Exchange campus in Ramat Gan was the fulfillment of a vision – a complex providing all services under one roof.

Two more buildings (Maccabi Building and the Diamond Tower), owned and operated by the Israel Diamond Exchange, were added and are an integral part of the Exchange complex. The buildings are connected by internal bridges and together they form a closed and secure diamond trading compound – a complex considered the largest and safest in the world. Later, the Noam building (under separate ownership and management) was connected to the complex by means of an external closed bridge.

The Diamond Exchange complex covers an area of about 80,000 square meters housing approximately 1,050 diamond offices. It has two trading halls (for polished and rough diamonds), that accommodate an advanced and sophisticated technological division for inspecting diamonds.

At the heart of the unique design, lies the concept of “everything under one roof”. Many service companies have an office at the complex of the Diamond Exchange buildings, including shipping companies, commercial banks, post office, insurance companies, and government offices as well as a customs office. Also located at the complex is a place for Torah study (Beit Midrash), a synagogue, restaurants, shops, a gym, an intensive care unit and more.

In 1947 Moshe Schnitzer was among the founders of the Israel Diamond Exchange, and became one of the leading proponents of the expansion and development of the exchange. 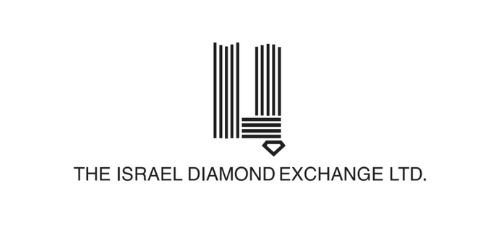